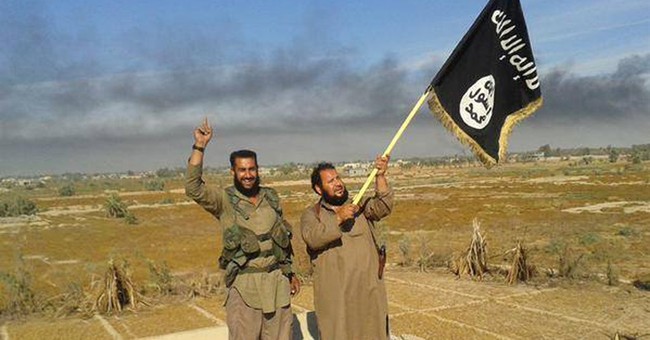 German reporter Jurgen Todenhofer went behind enemy lines to spend ten days with the Islamic State. He went with his son, Frederic, but not after spending nearly half a year ensuring that his safety would be guaranteed before venturing into this perilous region of the world. He plans on never going back (good idea), but noted that the only army these Islamic fanatics truly fear is the Israel Defense Forces.

They are confident that they can defeat soldiers from the West, namely British and American troops, but noted that the Israelis might be too tough for them. An aspect of their strategy is to lure Western troops into their territory in order to capture them. Oh, and they plan on killing every Shiite Muslim they can find, and view Muslims living in Western countries who vote as “top-priority enemies…as they give people rather than God the right to make laws.”

The claim from German reporter Jürgen Todenhöfer, a former member of the German Parliament, came after he spent 10 extraordinary days behind enemy lines in Iraq and Syria, accompanied by his son Frederic. He returned saying the group behind the Paris attacks was “preparing the largest religious cleansing in history” and with a “pessimistic” view on what can be done to combat it.

But the author of My 10 Days in the Islamic State told Jewish News: “The only country ISIS fears is Israel. They told me they know the Israeli army is too strong for them.”

Todenhofer claimed it is part of ISIS’ tactics to lure in Western boots on the ground and capture US and British soldiers. “They think they can defeat US and UK ground troops, who they say they have no experience in city guerrilla or terrorist strategies. But they know the Israelis are very tough as far as fighting against guerrillas and terrorists,” he said.

“They are not scared of the British and the Americans, they are scared of the Israelis and told me the Israeli army is the real danger. We can’t defeat them with our current strategy. These people [the IDF] can fight a guerrilla war.