By Carly Jacobsen and US Defense Watch 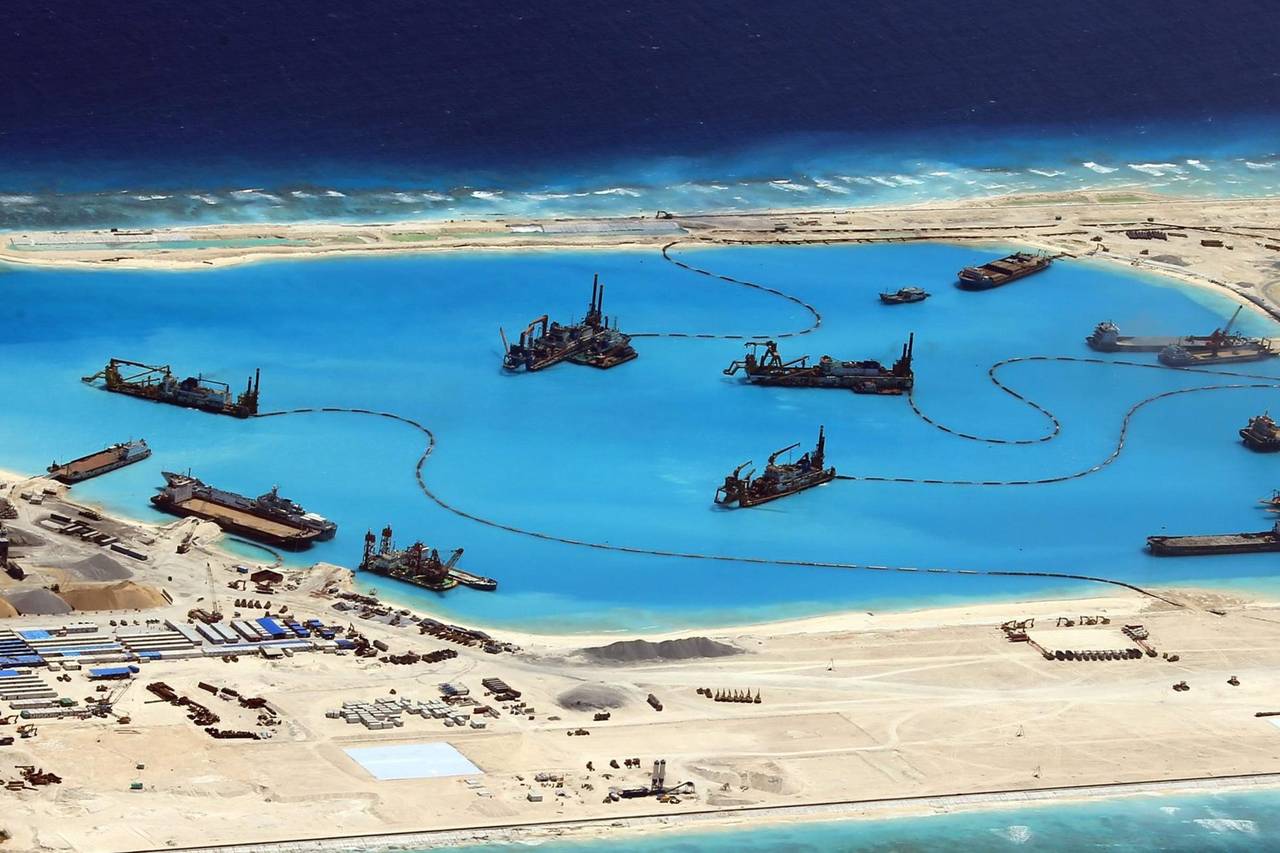 A war of words, bluster and saber-rattling is ratcheting up in the Pacific, as China warns the US not to sail near its man-made islands in the South China Sea. The US Navy is planning to sail within the 12 mile international boundary around the atolls, sending a message that the US does not recognize China’s claim to the region.

As the Guardian reports:

Chinese media criticized the US on Thursday for “ceaseless provocations” in the South China Sea, with Washington expected to soon send warships close to artificial islands Beijing has built in disputed waters.

An editorial in the Global Times, which is close to China’s ruling Communist party, condemned US “coercion”, adding: “China mustn’t tolerate rampant US violations of China’s adjacent waters and the skies over those expanding islands.”

It said China’s military should “be ready to launch countermeasures according to Washington’s level of provocation”.

Tensions have mounted since China transformed reefs in the area – also claimed by several neighbouring countries – into small islands capable of supporting military facilities, a move the US says threatens freedom of navigation.

Following a meeting of American and Australian officials on Tuesday, the US defense secretary, Ash Carter, warned Beijing that Washington would continue to send its military where international law allows, including the South China Sea.

The remarks were backed by the Australian foreign minister, Julie Bishop, who said the two countries were “on the same page”.

Senior officials in Washington have indicated that the US military could sail by these islands in the coming days or weeks.

Such a move, the Global Times suggested, could be a “breach of China’s bottom line”.

“If the US encroaches on China’s core interests, the Chinese military will stand up and use force to stop it,” the paper warned.

“That is the biggest cause of ‘militarisation’ in the South China Sea,” she added at a regular briefing on Wednesday.

On Saturday, China said work had finished on two lighthouses in the disputed area and pledged to build more facilities, which it said were intended to serve civilian as well as military purposes.

Satellite images of the islands published by a Washington-based think tank show runways that could be used by air force jets.

Brunei, Malaysia, the Philippines and Vietnam – members of the Association of Southeast Asian Nations (Asean) – claim parts of the sea. Taiwan is a sixth claimant.

China has invited Asean defence ministers for a two-day informal summit in Beijing starting on Thursday, according to the country’s defence ministry.

Meanwhile, Vietnam has accused China of sinking one of its fishing boats near disputed islands in the South China Sea that could further raise tensions between the Communist neighbours.

After a September 25, 2015, meeting between President Obama and China’s President Xi, Obama stated, “We did have candid discussions on the East and South China Seas, and I reiterated the right of all countries to freedom of navigation and overflight and to unimpeded commerce. As such, I indicated that the United States will continue to sail, fly and operate anywhere that international law allows. I conveyed to President Xi our significant concerns over land reclamation, construction and the militarization of disputed areas, which makes it harder for countries in the region to resolve disagreements peacefully. And I encouraged a resolution between claimants in these areas. We are not a claimant; we just want to make sure that the rules of the road are upheld. I reiterated my strong commitment, as well, to our One-China policy based on the Three Joint Communiqués and the Taiwan Relations Act.”

US Defense Watch feels that China wishes to control the South China Sea for several reasons:

US Defense Watch believes that neither the US Navy nor the Chinese military will do anything belligerently toward one another. Although, hostilities would break out if the Chinese attempt to seize any islands actually controlled by Malaysia, Indonesia or Vietnam.

The future might include the United States and its old nemesis, Vietnam, fighting together as staunch allies against China.

But, as of now, all will continue to remain quiet in the South China Sea. The only sound you may hear are Chinese bulldozers.