Huffington Post writer Jesse Benn responded to the attempted massacre of Republican lawmakers yesterday by mulling over how ” violent resistance” needs to be more “organized” in order to “work”.

“For violent resistance to work it’d need to be organized. Individual acts can be understandable, but likely counterproductive/ineffective,” tweeted Benn, who describes himself as a “member of the intolerant left.”

For violent resistance to work it’d need to be organized. Individual acts can be understandable, but likely counterproductive/ineffective.

After his tweet received negative attention, Benn subsequently claimed that his statement had nothing to do with the attempted massacre in Alexandria, a ludicrous assertion given the context of what happened yesterday.

A few clarifications had @TuckerCarlson bothered to ask.
1. It isn’t a direct comment on Scalise’s shooting.
2. Resistance is defensive. https://twitter.com/JesseBenn/status/875049629167079425 …

Benn’s reference to “individual acts” being “understandable” was clearly a reference to shooter James T. Hodgkinson’s attempt to gun down Republicans.

Last June, Benn wrote a piece for the Huffington Post in which he called Donald Trump a fascist and said a “violent response” to Trump was “logical”. 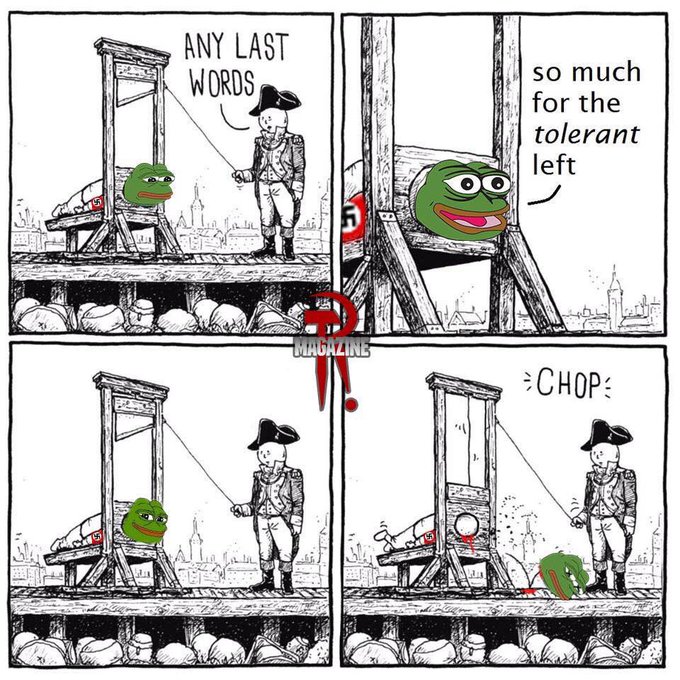 The writer, who was last published by the Huffington Post in December 2016, also advocates “class war” in his Twitter bio.

In other tweets, he sarcastically responds to people who argued that change can happen without violence.

In a related development, the Huffington Post deleted an article from its website first published on Saturday that called for Donald Trump to be executed.

Contributor Jason Fuller wrote that impeachment was not enough to “drain the swamp” and that Trump must face “the ultimate punishment”.

An added irony is that Fuller describes himself as being against bullying and extremism, despite using extremist rhetoric throughout the article.

As we document in the video below, the left has legitimized violence since before the election of Donald Trump, radicalizing unhinged crazies like gunman James T. Hodgkinson to act on violent rhetoric.