With at least 58 dead (30 confirmed, 28 presumed), the Grenfell Tower fire in London is undoubtedly a disaster, but (riding high on his recent election gains) Labour leader Jeremy Corbyn’s solution for those made homeless by the fire seems to confirm his pro-Marxian perspective on life – government will seize the empty homes of rich people in Kensington to rehouse residents.

London police raised the probable death toll from this week’s tower block inferno to 58, amid mounting concern about U.K. Prime Minister Theresa May’s ability to deal with the fallout as protesters took to the capital’s streets. 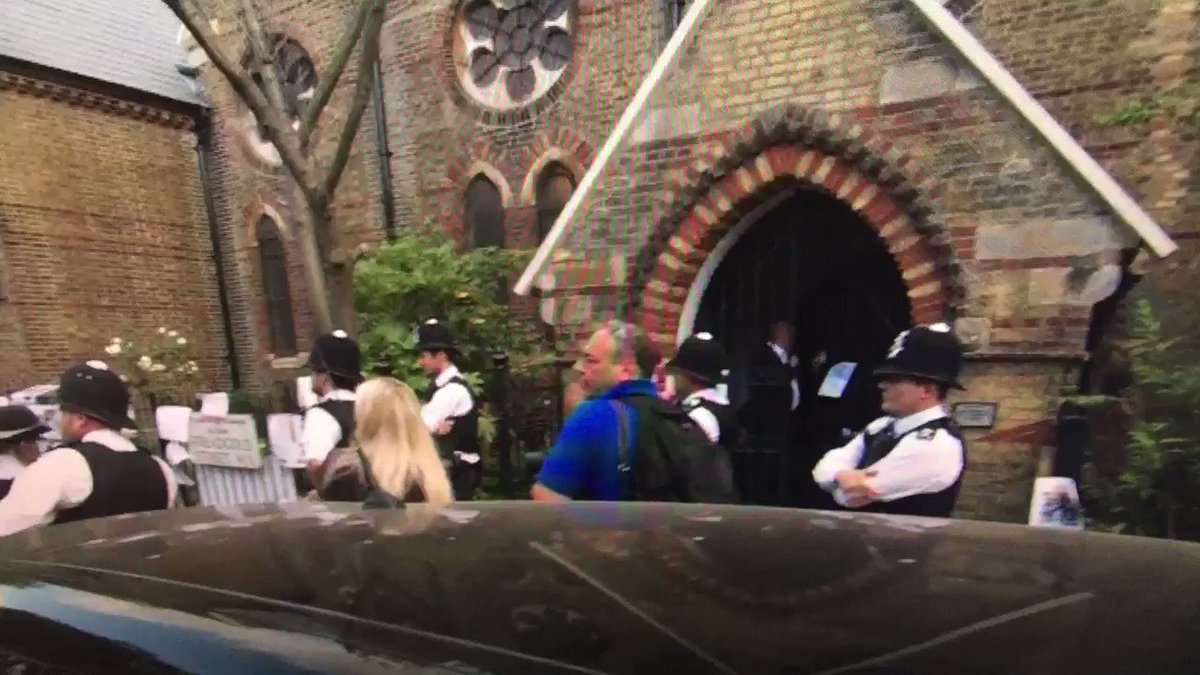 Does this look like a Prime Minister in control? They are 17 seconds which sum up her week

The Grenfell Tower blaze has sparked anger and flickers of social unrest in the streets of west London amid an atmosphere of political paralysis as May struggles to respond to the disaster. The prime minister was initially criticized for not meeting with victims during a visit to the site on Thursday. On Friday evening, she was heckled as a “coward” as she left a meeting with locals, despite announcing 5 million pounds ($6.4 million) for emergency costs.

As The Telegraph reports, he has called for the empty homes of rich people in Kensington to be seized for Grenfell Tower residents who have been made homeless by the fire.

The Government has committed to rehousing all those who lost their homes in the fire in the local area, but the Labour leader suggested that “requisitioning” expensive vacant properties could help ensure that residents are housed locally.

However Mr Corbyn said: “Kensington is a tale of two cities. The south part of Kensington is incredibly wealthy, it’s the wealthiest part of the whole country.

“The ward where this fire took place is, I think, the poorest ward in the whole country and properties must be found – requisitioned if necessary – to make sure those residents do get re-housed locally.

“It can’t be acceptable that in London we have luxury buildings and luxury flats left empty as land banking for the future while the homeless and the poor look for somewhere to live. We have to address these issues.”

This survey further confirms polls seen in the US that show Millennials supporting socialism over capitalism.

And of course, anyone opposing this plan by Corbyn should be tarred-and-feathered as a heartless, racist, bigot who is only out for themselves and hates ‘the little people’. One wonders how long it will be before ‘59%’ of Brits realize they also do not drive an Aston Martin or drink 1982 Chateau Lafite Rothschild – after all, everyone is equal, right (just some politicians are more equal than others).

Some have remarked that Sanders and Corbyn both promoted economic nationalism and built their campaigns upon resentment, the kind of which Henry Hazlitt wrote in 1966 in his famous, “Marxism in One Minute.” Hazlitt wrote:

The whole gospel of Karl Marx can be summed up in a single sentence: Hate the man who is better off than you are.Never under any circumstances admit that his success may be due to his own efforts, to the productive contribution he has made to the whole community. Always attribute his success to the exploitation, the cheating, the more or less open robbery of others. (Emphasis mine)

While many people believe that instituting the Sanders/Corbyn economic agenda would help turn the USA/Britain into another Sweden or Denmark utopia, the more likely outcome would be turning these countries into another Venezuela, and that seems fine for today’s younger generation (after all, in their eyes, it’s the wealthy older generation that caused the shitshow of a future they face now anyway).

Reddit
Great Britain
One comment on “59% Of Brits Agree With Marxist Corbyn: Empty Luxury London Flats Should Be Used To House Homeless”