French presidential elections have entered the final week before Sunday’s first round of voting, and nationalist candidate Marine Le Pen has pulled out all the stops, floating a proposal to temporarily suspend all immigration to France.

“I would decide on a moratorium on all legal immigration to stop this frenzy, this uncontrolled situation that is dragging us down,” she told her supporters at a rally on Monday night. “I will protect you. My first measure as president will be to reinstate France’s borders.”

“Behind mass immigration, there is terrorism. Give us France back. I have heard this appeal everywhere I have been.”

“To be French is a privilege…that’s why we need national priority for jobs and lodging,” she said, as the crowd chanted, “This is our home!” and “France is for the French!” 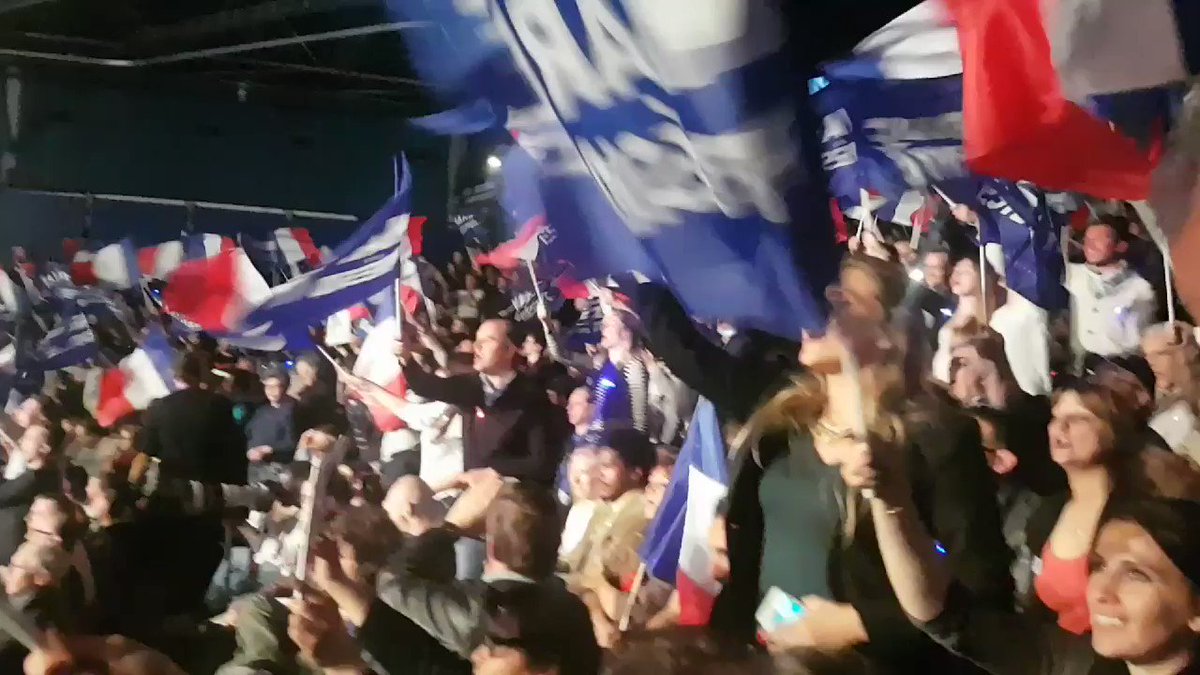 She excoriated the Islamization of France, saying, “[In] France we would not make women hide behind the Muslim veil,” and also ripped the regressive absurdity of the ‘burkini’ as not being a “religious garment but an Islamist provocation.”

“The French are no longer home in France,” she said, speaking on behalf of the 60% of French people who recently said they do not feel safe in the country – anywhere.

Le Pen slammed the “double trouble” crisis which the European Union has inflicted upon its member states by both effectively dissolving the external borders of the Schengen Zone and also national boundaries within the zone, allowing migrants to enter Europe with ease and pass between countries with even less difficulty.

“We got rid of our physical borders and that turned our countries into train stations for immigrants from all over the world,” she said. “I will end Schengen and restore our national borders.”

“No other candidate is proposing this – none of them.”

“We opened the door of France to mafias, to terrorists, who quickly understood the advantages they could get from our incredible powerlessness, and send their soldiers of hate among the flow of migrants, to hit our country in its heart.”

The event was targeted by violent radical groups such as ‘Antifa’ and ‘Femen’ whose deranged members clashed with police and security, throwing firebombs outside, reportedly stripping naked inside, and even managing to rush the stage before being flattened and dragged out.

The race is a dead heat, according to the polls, with Le Pen and globalist candidate and former Rothschild banker, Emmanuel Macron, as the front-runners, with establishment conservative François Fillon and communist hero Jean-Luc Melenchon nipping at their heels. Roughly one in three French voters are still undecided.