The final round of the French presidential election is well underway, and nationalist-populist heroine, Marine Le Pen, is gaining ground while establishment globalist Emmanuel Macron has suffered a slew of PR errors that aren’t playing well with French voters, polling suggests.

A new opinion poll reflects that half of respondents feel Le Pen is off to a good start in this two week blitz leading up to the May 7 final vote, but only 43% feel the same for the favored candidate, Macron.

“According to the Elabe Institute for BFMTV opinion poll, which was released on Thursday morning, more respondents said that Marine Le Pen had a good start to the second round (50%), than for Emmanuel Macron (43%),” reports French outlet BFMTV.

“Interestingly, supporters of eliminated candidates Jean-Luc Melenchon and Francois Fillon both think Macron’s second round campaign has got off to a worse start as well,” notes Westmonster.

“The popularity of Macron is diminishing, that of Le Pen climbs,” writesBFMTV. “Emmanuel Macron, down 4 points, remains the political personality that attracts the most support. The candidate has the advantage over his opponent of the second round of the presidential, Marine Le Pen, which climbs for its part 4 points, according to an Odoxa poll broadcast Thursday.”

Additionally, a PresiTrack poll by Opinionway reveals that Macron has slipped below 60% for the first time since March.

Macron, a former Rothschild banker who has never held elected office, was thoroughly upstaged on Wednesday during a visit to his hometown of Amiens, where he was booed and jeered by striking employees at a Whirlpool factory, after they had enthusiastically greeted Le Pen just shortly before.

Workers chanted, “President Marine!” as they heckled, whistled, and jostled a flustered Macron, who had reportedly only planned to meet with union leaders in private before being forced to engage the proletariat after Le Pen’s appearance. 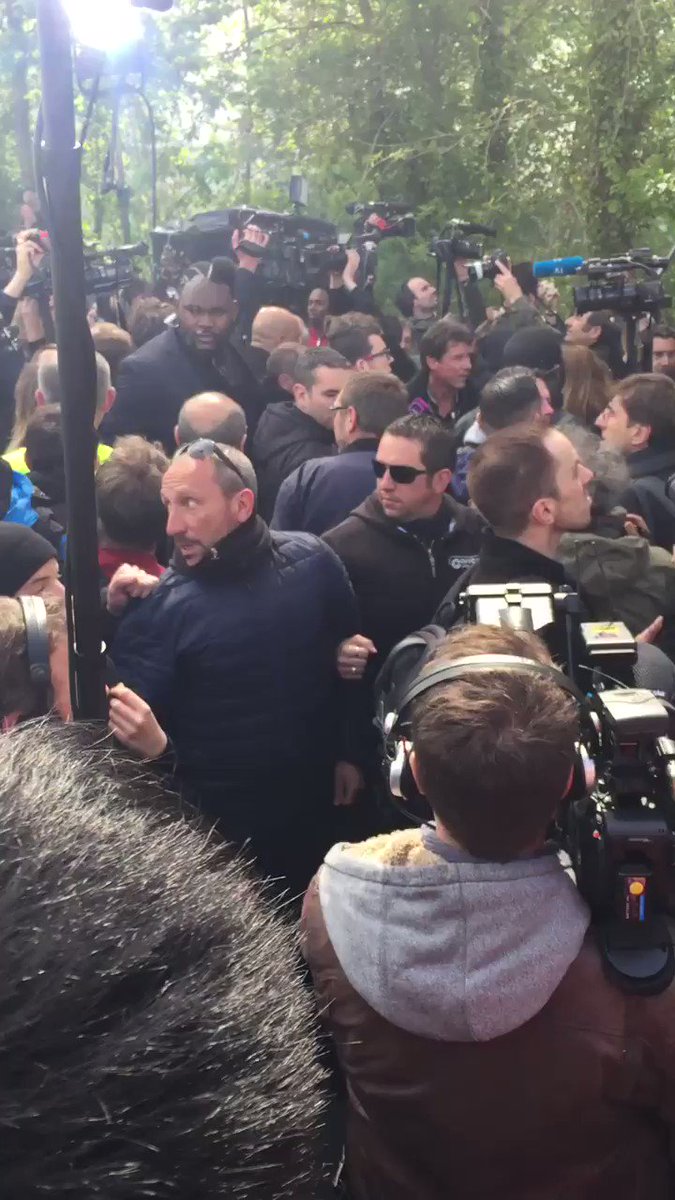 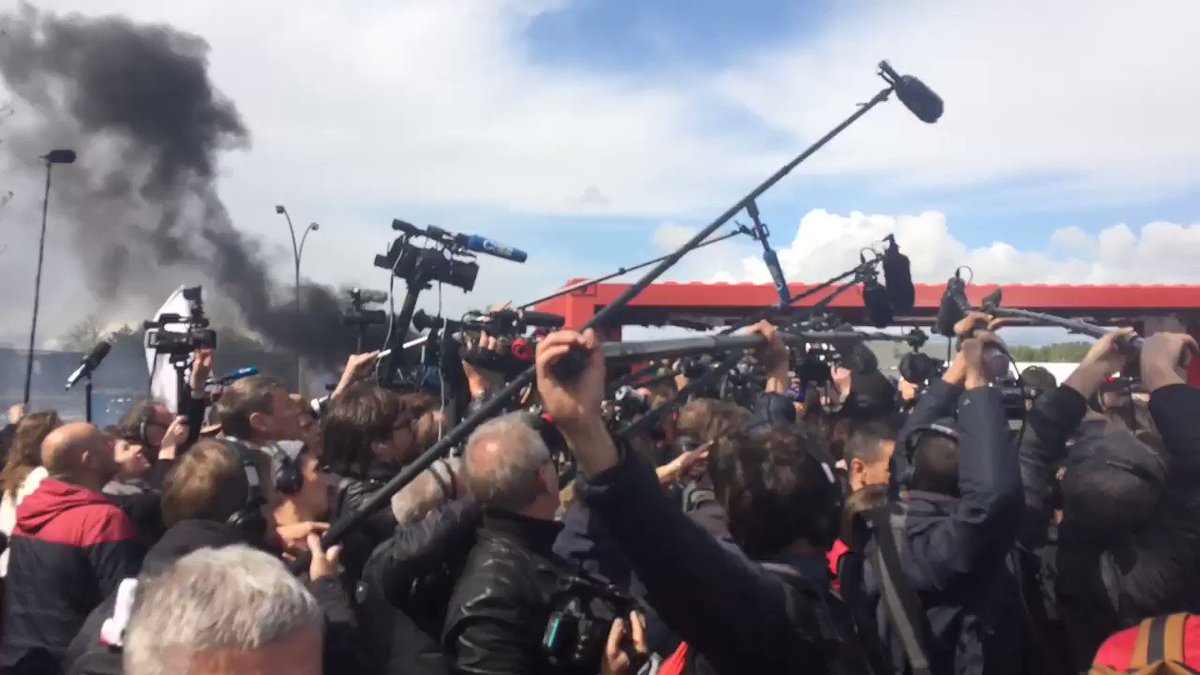 The plant is scheduled to move to Poland – after collecting massive subsidies from the pockets of French taxpayers.

“After receiving 40 million euros in state aid under the CICE, the group’s managers decided to relocate this profitable plant to Poland,” said Le Pen in a statement.
“I will require that these amounts paid under the CICE be refunded in the event of the departure of the company.”

“I consider that nothing is more important than the fate of the employees who could undergo a scandalous decision taken by a multinational eager for profits.” 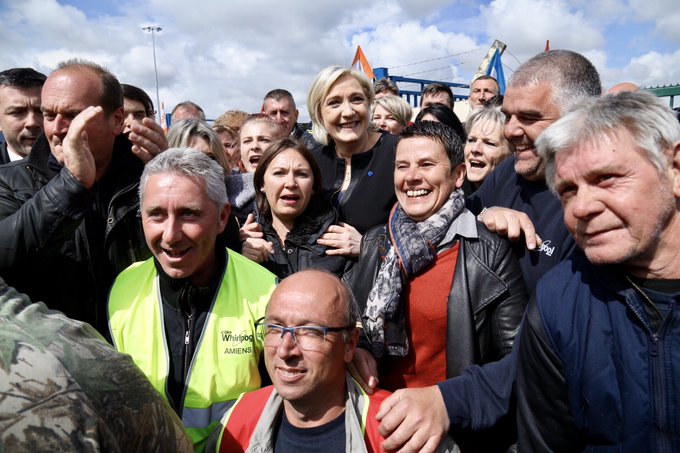 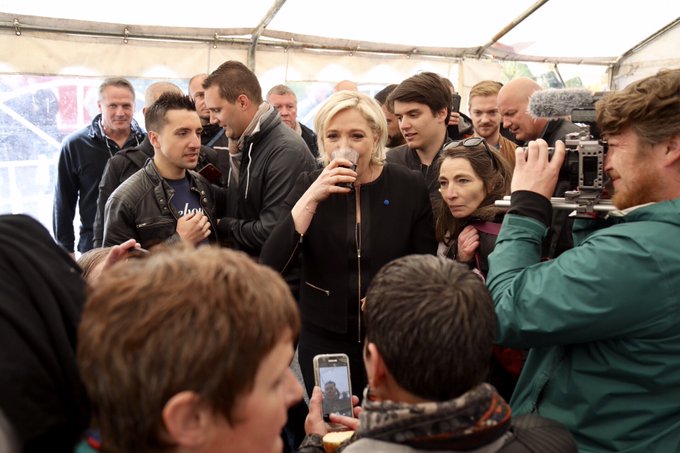 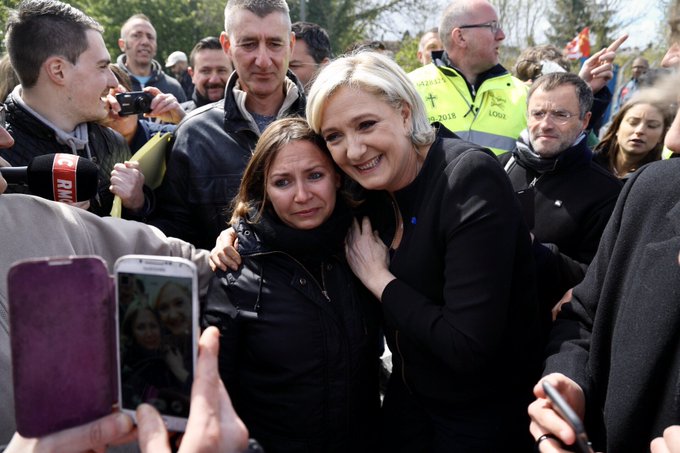 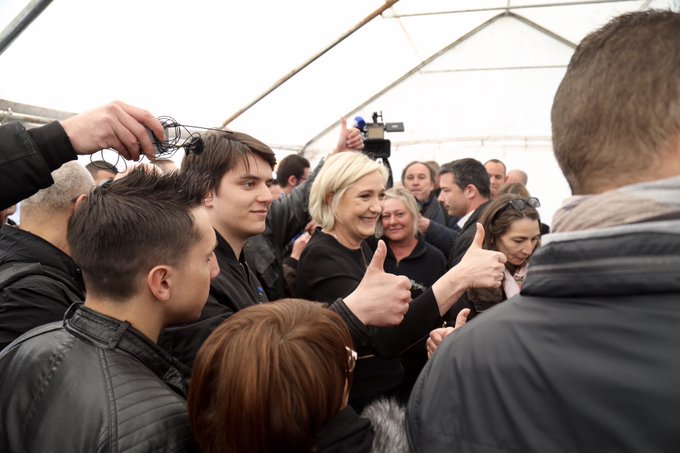 In sharp contrast, Macron defended globalism directly to the faces of the soon-to-be-unemployed workers.

“The answer is not to suppress globalization and close borders,” he said. “When she tells you the solution is to turn back globalization, she’s lying.”

“Patrice Sinoquet from the CFDT union, who met with Macron earlier in the day, said 90 percent of his members will be voting for Le Pen,” reports Zero Hedge. “‘Macron is the worst of free-market politics,’ said Clement Pons, a 32-year-old unemployed man waiting outside the town-center meeting. ‘He’s a globalist who will kill the working class. He makes me want to throw up. I don’t understand his ideas.’”

Macron has come under fire for what some see as complacency in his campaign, as he is propped up by virtually the entire international-socialist establishment and mainstream media.

He also rubbed some folks the wrong way with his choice of post-election victory dining earlier this week.

“Rivals and potential allies alike criticised Mr. Macron for visiting on an expensive Parisian restaurant, the same choice as unpopular incumbent François Hollande, for celebrations after coming out on top in the first round of voting,” notes the Daily Express.

The French will decide their fate on Sunday, May 7, as the world watches closely.