Given the way things are, with the powers that be, this was only a matter of time.

A major reset, complete with another inciting (and major) false flag attack is coming – and there is every sense that such an event will once again strike the homeland of the United States.

During the past week, there have been overt threats to preemptively attack North Korea; there have been claims that Assad used chemical weapons against children in Syria (though the episode is obviously dubious).

Russia has absorbed another major terror attack that killed 14 people in a train station, and police then found another explosive in the home of one of the suspects – with surveillance shots of young kids with backpacks and ill intent, it is rather reminiscent of the Boston Marathon bombing in 2013. The details are still unfolding, but the message is clear enough:

An unexploded bomb has been found in St Petersburg during police raids searching for accomplices in a terror attack that killed 14 people.

Russian security services said the explosive device found in a residential building was similar to one discovered on the city’s metro days before.

Hidden in a bag and apparently disguised as a fire extinguisher, that bomb had been covered in metal pellets designed to cause maximum destruction at Ploshchad Vosstaniya station. (source) 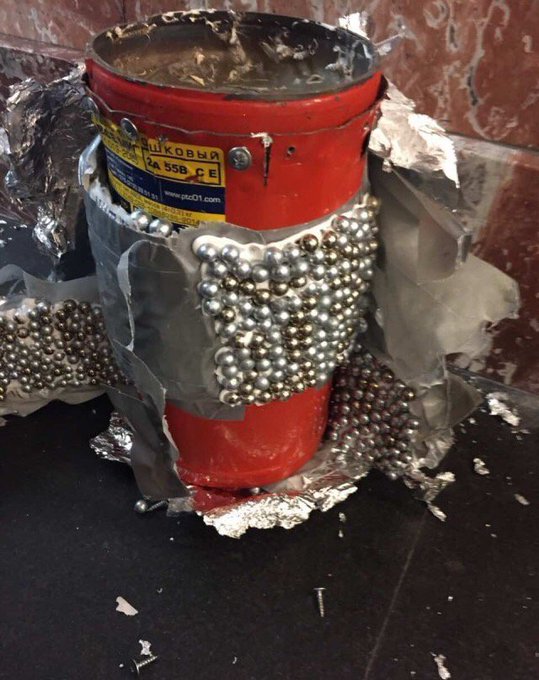 Now, following up on these bizarre and disturbing events that are literally driving the world back into a renewed war on terrorism, and more war in general, is a mock explosive found on a flight out of Canada and headed for Chicago.

The message could not be more clear – Americans are once again under threat.

As Dahboo77 reports, the threats are back… and something big is going on:

And that’s when it becomes palpable.

It could be almost anything. A cyber attack; a mass shooting; an explosion; a crash; an EMP. The possibilities are endless. But psychologically, they will all mean the same thing – submission derived from fear.

President Trump has signaled his readiness to go to war, and to play ball with the deep state, in numerous ways.

The chemical attacks have changed his mind; and so have other major incidents.

If that works, then Trump can also be pressured and/or expected to go along with a major incident that takes lives on American soil. With so much anger and chaos directed against the new president, and against this nation in general, the scapegoat could be almost anyone.

The scare tactics of reporting on a would-be explosive on a plane is enough to stir fear and general anxiety for now.

But sooner or later, the powers that be will need something bigger, something more emotional, something that defies credibility, yet cannot be looked away from.

This type of pattern of events should put us all on heightened alert – there are wars they want to drag us all into, and there are various political and opposition groups that they want to again marginalize or silence.

And nothing is more deafening than…