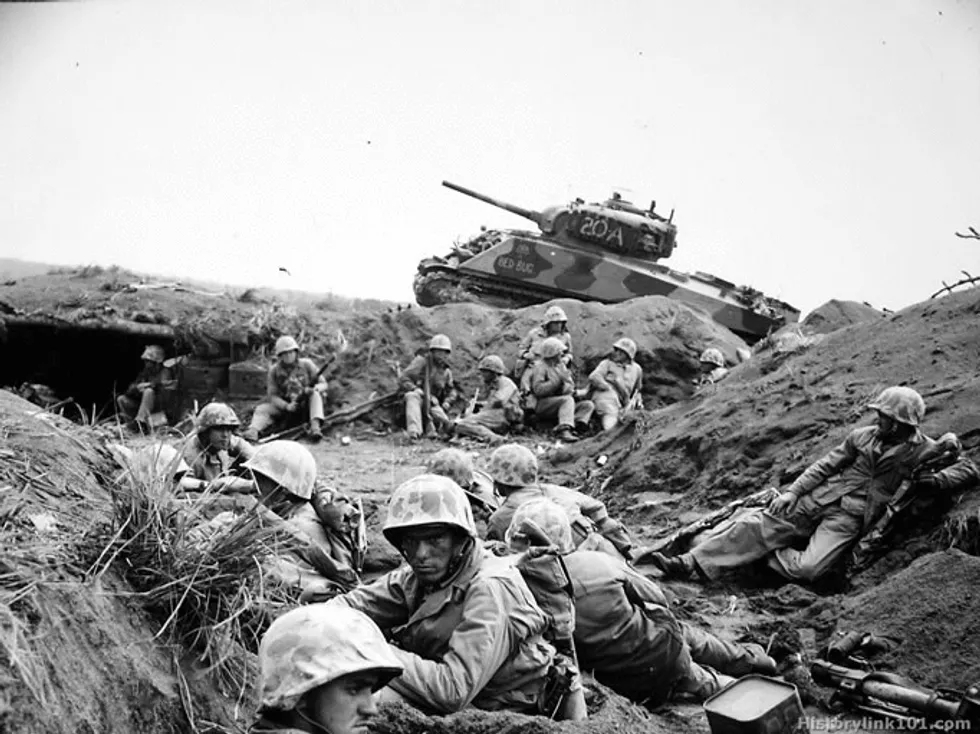 It seems like it’s something new every day now.

It seems like it’s something worse every day now.

Every day, another directive emanates from the Kremlin at 1600 Pennsylvania Avenue concerning the absolute evisceration of the US military. Feminist, left-wing social engineers smell blood and they are intent on the complete destruction of our armed forces.

These social engineers don’t care if readiness is destroyed.

These social engineers don’t care if unit cohesion is destroyed.

These social engineers don’t care if combat power is destroyed. They have but one goal, to create some kind of gender neutral fantasy land that is propped up by mythical and twisted Orwellian double-speak.

We are in serious danger. The national defense is in tatters. We know it. Veterans know it. Military personnel know it. Conservatives know it. The brass in the Pentagon damn well know it.

Ash Carter knows it. Anyone with an ounce of sanity knows it.

The US Marines know it better than anyone after what happened to them this week.

“In a Jan. 1 memo Secretary of the Navy, Ray Mabus ordered the Corps to send him a detailed plan by Jan. 15 for making boot camp and officer training coed. He also requested that the Marines provide him with a “subject matter expert” on the issue.”

A subject matter expert, being some leftist crackpot working for the White House.

Mabus is nothing more than a lackey, a minion doing the dirty work of the Obama administration. He refused to examine the Corps’ 36 million dollar study, which indicated that all male units performed better in simulated combat conditions than coed units.

The Secretary also ignored the fact that women went 0 for 26 at the Marine Infantry Officers Leadership Course.

So now the Marines have been ordered to conduct coed basic training, something they had vehemently fought against for nearly two decades.

“To date, the Marines have strongly defended their choice to keep enlisted boot camp segregated by gender, even though all the other services conduct coed recruit training.”

“The Marines hold that that dividing boot camp by gender allowed recruits to learn from same-sex role models, limited distractions, and created a safe space to discuss topics such as sexual assaults that had occurred prior to enlistment.”

“In general, [recruits] arrive with immature, undeveloped and unfocused thoughts on professionalism and professional conduct,” Marine Corps Training and Education Command spokesman Anton Semelroth said at the time. “The only thing they have in common is their desire to be a Marine. By capitalizing on that desire, recruit training transforms these individuals from many diverse backgrounds into Marines imbued with a common set of values and standards.”

“Mabus also included a memo for Marine Corps Commandant Gen. Robert Neller requesting that he review Marine Corps job titles and remove “man” from applicable job titles to make them “gender-integrated.” This means military occupational specialties ranging from 0311, infantryman, to 0321, reconnaissance man, could soon get new names. Mabus demanded this be done and a report submitted to him no later than April 1, 2016, the services’ final deadline for opening all jobs to women.”

This is the same crazy, politically correct nonsense that has permeated the country’s colleges. To the feminist, leftist wing nuts there are no longer any genders. We are all the same and apparently as inter-changeable as automobile spare parts.

Of course our enemies know the truth. You know the guys that are going to kick our butts and win the next war.

So, the age old titles of infantryman or rifleman are apparently out, to be replaced by infantry person or infantry thing or rifle it.

The social engineers want us to believe that this is all normal and it is only because of society’s backwardness that we haven’t done this previously.

No, we haven’t done this before because previous presidential administrations were sensible enough to understand reality and weren’t being controlled by feminist whack jobs.

The Navy Secretary also sounded a warning about a list of critical information requirements the Corps included in the integration plan submitted to Carter this month.

That list of developments to be monitored closely include:

–Indications of increased risk to Marines in previously closed units, including incidents of sexual assault and harassment, and hazing

–Indications that moral or cohesion is degrading in newly opened units.

Any idiot knows that combat readiness is about to go down the proverbial head toilet in the Marine Corps. Of course unit cohesion will be degraded. There has never been a military unit in the history of the world that didn’t have cohesion degraded by coed integration.

But, what we really need to worry about is career viability for the half of one percent of female Marines who want to become Sergeant Stryker. That’s what our national security should be centered around.

Mabus doubled down on this insanity by stating that, “None of those potential problems should serve to hinder the rollout of the new integration policy.”

Sure, don’t worry about a thing Mabus. It’ll all work out splendidly. After you retire, you can sit back and collect your pay and watch what was left of the US Marines get crucified in the next war.

But, you won’t care, will you?

At the end of the day, Mabus doesn’t give a hoot what kind of directive he sends down to the Marines. He could be ordering them to dress like Vatican guards for all he cares. He knows and cares about nothing. He is an enabler, someone doing the White House’s dirty work for them.

Of course one day, when the merde hits the ventilateur, the same kind of people that have done so much to destroy the Corps will wish that the old Marines were back to do the kind of things the Marines have done splendidly for over 200 years…