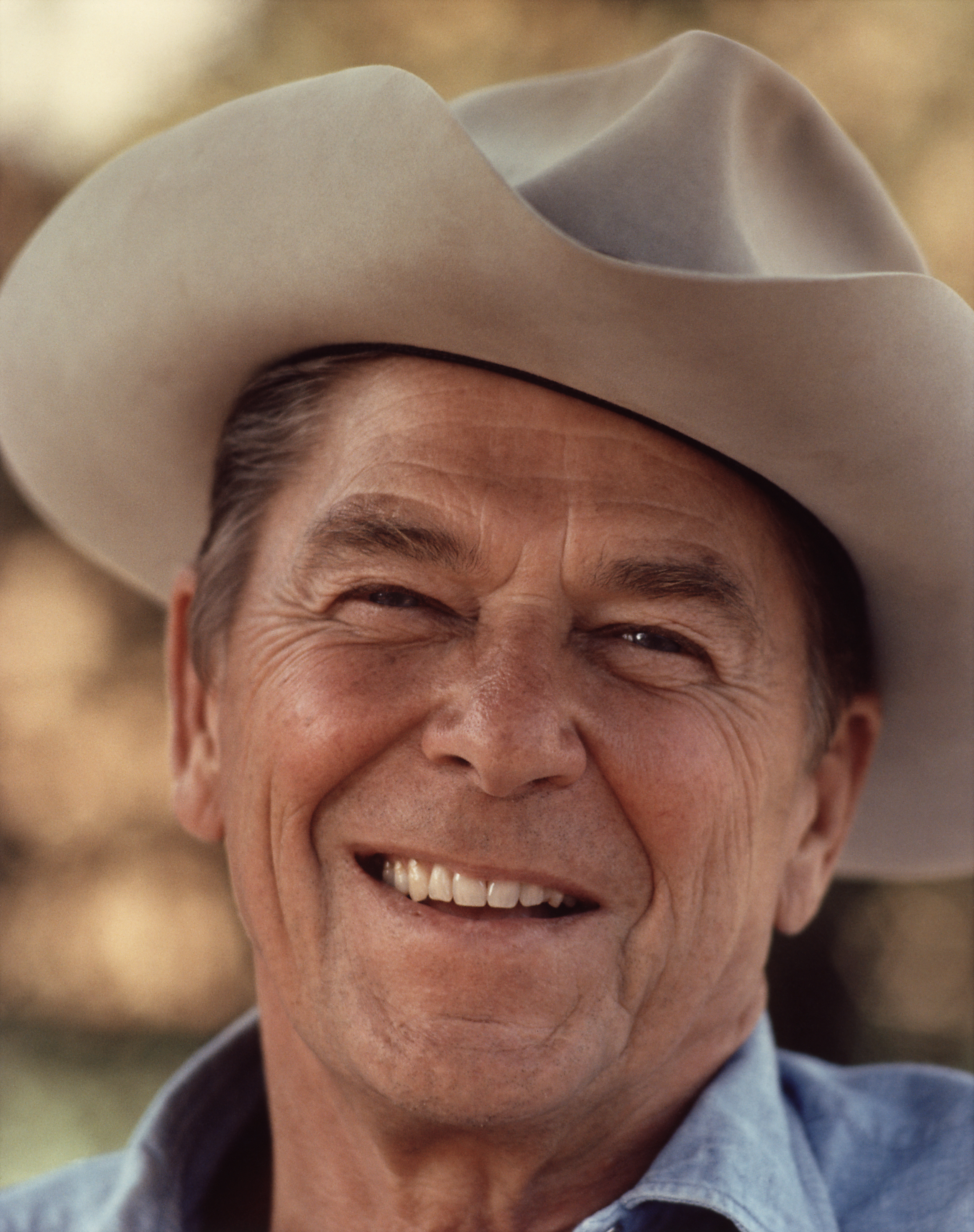 President Reagan passed away on June 5, 2004. The Gipper has been gone for over a decade, and one has to wonder what he would think now, as ISIS runs wild on the planet and the Shining City on the Hill sits in a decrepit and depressed state.

It appears that the nation needs him more than ever. As Simon and Garfunkel wondered where Joe Dimaggio had gone, our nation, in a state of feckless leadership, seems to be turning its eyes toward the late President.

Perhaps, this is the reason for the rise of Mr. Trump. While Reagan and Trump are not the same people and never will be, they exhibited some of the same qualities of decisiveness, confidence and the belief that the United States of America is the greatest country on earth; bar none, not some second fiddle duchy like the current occupant of 1600 Pennsylvania Avenue believes.

President Obama is afraid to fight ISIS, to battle evil, to lead the free world. Obama makes excuses for America, as if the world’s problems are all caused by the United States.

Under Reagan we stood for freedom, peace through strength and economic success. Under Obama, we stand for defeat, excuses, social engineering and Third World nation status.

How this country has gone from a President who was a supreme optimist and super patriot to a President who doesn’t even believe in the greatness of America is almost breathtaking.

Think about that. We have a President who doesn’t really like his own country.

Ronald Reagan’s demeanor and public personality was in some ways carefully crafted by his advisers who created the image of Reagan as the cowboy, the gunfighter, who might just push the button if pressed the wrong way.

The main recipients of this cowboy image were the Russians, who fell for it, hook, line and sinker. The Russians had fallen for their own game of active measures or disinformation. While Reagan loved westerns, had a ranch and believed in projecting US military power, the Gipper was above all, a peacemaker.

While Reagan always sought peace, he also believed in the power of good over evil and the quest for freedom across the planet. Under Reagan, the US stood for freedom, plain and simple. As Reagan mentioned in his farewell speech to the nation on January 11, 1989, a Vietnamese refugee rescued at sea by the US Navy, remarked, “Hello American sailor, hello freedom man.”

We were the good guys with white hats, the superheroes who always smiled. We still are, except our President doesn’t believe we are.

Unlike Obama, the world respected Reagan. The moment he raised his hand and took the oath as President, the Iranians hustled the hostages on planes, went wheels up and the Americans came home. The Iranians were scared to death of Reagan.

So, were the Russians…

When Reagan went on TV in 1983 and discussed the new technology of SDI, the Russians literally went into a panic mode. The US had the ability to shoot their missiles down. Or did we? Or was it bluster? They spent zillions trying to figure it all out.

Reagan had a plan to destroy communism. He knew the system was economically weak and if the house was kicked hard enough the whole rotten structure would come tumbling down.

The plan was simple: bankrupt the Russians by forcing them to spend trillions trying to compete with our spectacular military and technological buildup under Reagan.

On the contrary, Obama has no plan to fight ISIS, doesn’t believe in the power of good over evil and is afraid to look the bad guys in the eyes and tell them the truth.

Reagan loved to intimidate the Russians. His famous Evil Empire speech informed the Russians that the Soviet Union was doomed and that communism would soon be on the ash heap of history.

If Reagan were President today, the US would be leading the free world on a crusade to destroy ISIS. Like communism, ISIS would be on its way to being on the ash heap of history.

If Reagan were alive, ISIS would not only be terrified of the man, but they would be on the run from the US military which would be hunting them down on land, in the air, and on the seas.

President Obama believes that he can be a peacemaker through weakness and political correctness. Unfortunately, history has shown that peace usually comes after evil is destroyed and a brutal fight has been won.

Ronald Reagan was a peacemaker, the emissary of freedom, the man who freed millions from communist bondage.

Do the young people of Eastern Europe know how much they owe their freedom to Ronald Reagan? Yes, that’s Reagan, liberals, not Mikhail Gorbachev, an ardent Marxist-Leninist who would have continued the march of Bolshevism for centuries if the system hadn’t economically imploded beneath his feet.

Do not for a moment buy the liberal party line that Gorbachev ended the Cold War. Reagan, Thatcher and Pope John Paul II ended the Cold War. But, the initiative, the leadership to do so was inspired by the United States of America and its President.

Where is such leadership from the US today?

Under Reagan the US was the Shining City on the Hill. Under President Obama, the Shining City has lost its luster. When Reagan left office the economy was relatively solid, our military was strong and battle ready. The Soviet Union was in its death throes and the Berlin Wall would come down eleven months later.

Here are the final paragraphs from Reagan’s farewell speech to the nation. He speaks above all, of the Shining City on the Hill.

I’ve spoken of the shining city all my political life, but I don’t know if I ever quite communicated what I saw when I said it. But in my mind it was a tall, proud city built on rocks stronger than oceans, windswept, God-blessed, and teeming with people of all kinds living in harmony and peace; a city with free ports that hummed with commerce and creativity. And if there had to be city walls, the walls had doors and the doors were open to anyone with the will and the heart to get here. That’s how I saw it, and see it still.

And how stands the city on this winter night? More prosperous, more secure, and happier than it was eight years ago. But more than that: After 200 years, two centuries, she still stands strong and true on the granite ridge, and her glow has held steady no matter what storm. And she’s still a beacon, still a magnet for all who must have freedom, for all the pilgrims from all the lost places who are hurtling through the darkness, toward home.

We’ve done our part. And as I walk off into the city streets, a final word to the men and women of the Reagan revolution, the men and women across America who for eight years did the work that brought America back. My friends: We did it. We weren’t just marking time. We made a difference. We made the city stronger, we made the city freer, and we left her in good hands. All in all, not bad, not bad at all.

And so, goodbye, God bless you, and God bless the United States of America.

Reagan’s mission was concluded. On his last day in office, he asked his advisers if anything was happening in the world he should know about. They remarked, “The world is quiet, Mr. President.”

If only it were now…