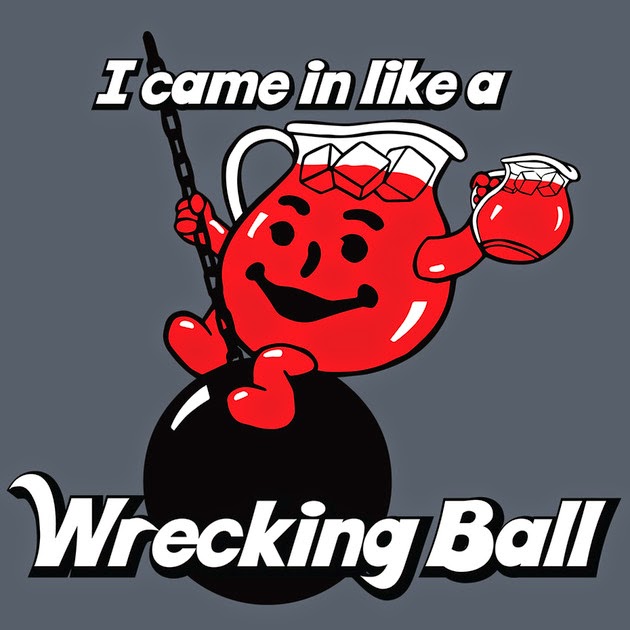 It seems nearly every day that the Pentagon is talking to the American people in double, triple and quadruple speak. The truth is a fugitive, on the run from numerous admirals, generals and cabinet members who distort reality and who are sucking down enough Kool Aid to fill Chesapeake Bay.

According to the Pentagon, the air war against ISIS is successful, combat in Iraq is non-combat, women can make it through Navy SEAL training and 50 Special Forces soldiers can retake Syria.

Secretary of Defense Ash Carter – Ash and Trash Carter has a lot of degrees in physics and a ton of experience loitering around various bureaucratic water coolers. Sadly, the man has no military experience, which makes him the perfect choice to carry the Obama administration’s social experiment torch. Carter has already been behind a few idiotic statements such as the Delta Force “non-combat, combat” and his decision or his willingness to go along with Obama’s decision to send just 50 SF guys into Syria.

Maybe the guy who knows how to tune the Enterprise’s warp speed conductor should be down at NASA instead? Just a thought…

Carter’s a nice guy and that’s another problem. There’s no one at the Pentagon or in the Beltway with the toughness to stand up to the marauding White House Visigoths. When asked last week, about the Marines’ study that showed that women can’t hack it in the infantry and his impending decision in January to authorize women in the combat arms, this was Ash and Trash Carter’s response in a nutshell.

“I have received the study and it is being evaluated currently and the decision process is ongoing and therefore no results have been obtained or decided and therefore I can’t answer that question because it’s in the system and moving forward and I will evaluate the information concurrently as the situation unfolds and the details are presented to me.”

Secretary of the Navy Ray Mabus – In the Oxford English Dictionary under “idiot” it says, see Ray Mabus. Mabus is another of Obama’s willing destroyers of the macho, male culture in the military. You know the culture that wins wars and protects us all. In a recent Washington Post OP-ED, Mabus wrote that war has mellowed so much since 1992 that women should be allowed to serve in the combat arms. I guess he forgot about Fallujah, Tal Afar, Sadr City, Tora Bora, Ramadi and a thousand other battles that the Marines and the Army won the old-fashioned way, by riflemen taking and holding ground and killing bad guys.

In the same OP-ED, Mabus said that diversity of thought, technology and creative thinking can win wars now. Mabus went on to write about four female Marine officers who figured out how to scale an eight foot wall and because of this, women should be allowed to serve in the infantry. Mabus refuses to look at the Marines’ recent study that concluded women will be ill-suited in combat. I cannot remember a Secretary of the Navy that was as disliked by the Marines as Mabus is.

Former Secretary of the Army John McHugh – “I’m an ordinary guy, burning down the house…” McHugh’s tenure of destruction at the Pentagon ended this week. He spent his last month in office, stalling Congressman Steve Russell and his request for the Ranger School records of the female graduates. When the stalling stopped, the shredding started. McHugh escaped out of a latrine back window just as Russell was kicking in the front door with an impending congressional investigation of the Army’s conduct and special treatment of women at Ranger School.

Secretary of the Army Eric Fanning – “We are family, I got all my soldiers with me.” Who else, but the man who chaired the Gay and Lesbian Victory Fund would Obama choose as the next Secretary of the Army. Fanning is another lackey like Mabus, who is in place to ensure that the Army is destroyed by the Great Social Experiment. While most Americans view homosexuality with indifference, the concept of open homosexuality in the military is most certainly detrimental to unit cohesion, morale and fighting spirit. Under Fanning, the Army’s motto has gone from “This We’ll Defend” to “Not that there’s anything wrong with it!” How did Obama’s decision process work on this one? Paul Lynde; funny, but gone; Charles Nelson Reilly, ditto; Truman Capote, checked out. Let’s see, who’s left, Nathan Lane; no sir, booked on Broadway. Okay, how about Fanny? No sir, that’s Fanning. Call her. No sir, Fanning’s a him. What’s the difference? There’s no such thing as genders anyway. Yes sir, dialing now.

And, then there’s Debbie…

Secretary of the Air Force Deborah Lee James has been Secretary of the Air Force for almost two years and during that time, she has been responsible for bringing in the over-priced, under-performing F-35 and running out the old reliable, A-10. She’s also leading the charge on ending the ban on trans-genders in the Air Force. Why do I have a mental picture of Caitlyn Jenner flying a B-17 in an evening gown? But, hey, we don’t want to offend anyone. Not that there’s anything wrong with it!

Like Ash and Trash Carter, “She’s a natural for the job, at least by Obama administration standards. She spent 20 years of her 30-year career as a House Armed Services Committee staffer and a Clinton administration Assistant Secretary of Defense for Reserve Affairs. Her last ten years were spent at SAIC (a large Beltway consulting firm). She’s not a warrior by any standard, but she reportedly met one once.”

Rear Admiral John Kirby – “It’s a beautiful day at the Pentagon, a beautiful day for smoke and mirrors…would you be mine, ISIS, could you be mine?” Rear Admiral Kirby, aka Mister Rogers, is now at the State Department or Foggy Bottom, which is perfect for him, since he was running the Pentagon fog machine for a couple years before he took the trolley over to State. During his tenure as Pentagon spokesman, Kirby told the world on a daily basis how well the air campaign against ISIS was going. Now, El Kirbo is tap dancing his way through daily State Department briefings, which includes painting a portrait of Hillary Clinton as Mother Theresa instead of Ma Barker.

General (Ret.) Martin Dempsey – “You’re here, there’s nothing I fear and I know that my retirement benefits will go on…” Dempsey, the former Captain of the US Army Titanic is gone, but never forgotten is the list of damage done to the Army during his tenure, The man Senator John McCain called, “The echo chamber of the Obama administration,” said not a peep as the US Army was used as the Obama administration’s personal, pet social experiment. Dempsey’s legacy also consists of his famous non sequitur, “If women can’t meet military standards, the Pentagon will ask does it really have to be that high?”

Dempsey is currently floating away on a wooden pallet as the US Army Titanic plunges into the cold depths of the Potomac.

General Mark Milley – “Silver wings on his chest, but drinking Kool Aid, with the rest…” The new Army Chief of Staff has lots of grunt and SF experience, but he’s already drinking and bathing in Kool Aid. He was down at Benning congratulating female grads Griest and Haver on a job well earned at Ranger School and smiling for the cameras and the press. Stay tuned for more from Willie Milley. I particularly enjoyed his hogwash commentary about the current state of the Army now. I guess they all have to say stuff like this.

“We have the most skilled, ethical, and combat hardened Army in our nation’s history. I am honored to lead this remarkable team.”

Mussolini was probably telling his own army they were the most skilled, ethical and combat hardened army in Italy’s history as the British ran them out of North Africa.

It’s certainly the most technologically advanced Army. Skilled; yes, in light infantry for another war against the Taliban or Al Qaeda in Iraq, but what happens when we have to go against the Russians or an Iranian armored corps? Whoops. According to Colonel Gian Gentile, the US can’t even field a heavy BCT now. Cavalry squadrons can’t run a range and soldiers with armor MOS’ barely know how to load a main gun round. Ethical; certainly, the troops are pretty ethical, but the Army’s senior leaders aren’t. How can they be? They’re lying to themselves and the nation on a daily basis. Combat hardened; yes, but many have left and who remains as the leadership of the Army now? The rubber men of Arlington, who bend and bow to every insane whim floating through the air, that’s who.

At least having a Marine in charge gives you hope. The Navy, the Air Force and finally, the Army have cut off their testicles and placed them in mason jars at the bottom of a 10,000 foot mine shaft.

The perfumed princes and princesses at the Pentagon have forgotten that the military exists for one sole reason, TO WAGE WAR on sea, on land and in the air. It is not, nor has it ever been a repository for every crackpot cultural Marxist scheme cooked up in the twisted confines of a Berkeley coffee house.

Saying nothing and playing along may seem like the best decision for your career and your retirement benefits, but unless you are insane, which I know you’re not, you must know that the decisions you are making and the horse dung and hay you’re espousing are hurting the military and your country every day. The policies you help implement are not progressive, but rather suicidal for the nation and its defense.

History will judge you one day ladies and gentlemen and the judgment won’t be a favorable one. You will one day be viewed as the people who betrayed America’s national security for the greater glory of yourselves.

Until that day comes, Kool Aid is available on tap at the Pentagon.