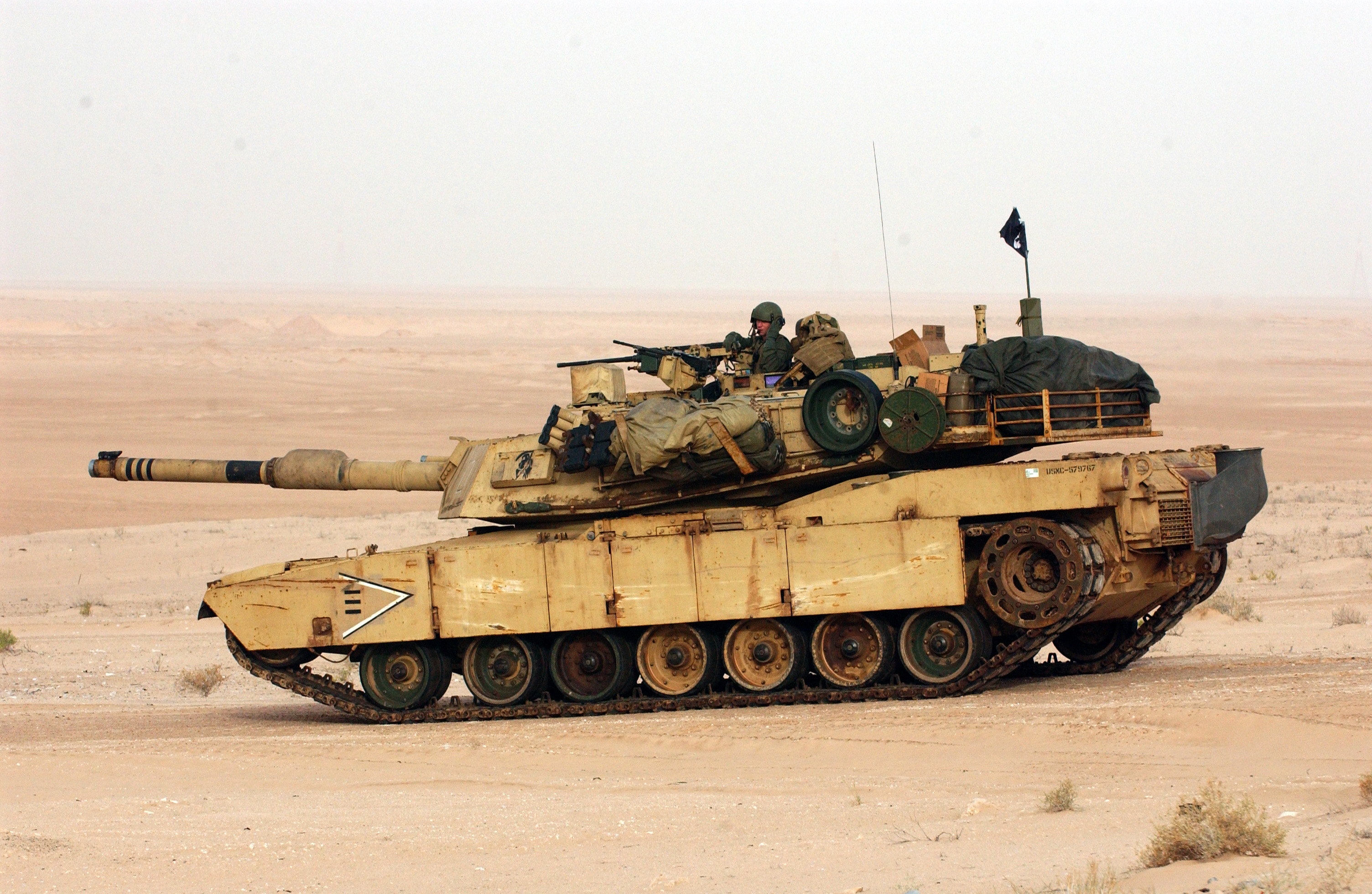 Word is starting to seep out, like water slowly exiting a crack in a dam that the US Army’s armored warfare capabilities, capacity and readiness are in big trouble.

Coming out of nearly a dozen years of infantry combat in the Middle East against insurgent forces, the Army is still heavily focused on infantry tactics operations, peacekeeping and special warfare.

The knowledge and skills needed to fight traditional US Army battles, with armor and mechanized infantry backed up by superior air support, in what used to be called Air Land Battle seem about as ancient as the Dead Sea Scrolls.

But, now, the Pentagon is starting to worry that the next fight might be against Russian forces in the Baltic or a conflict with the Iranians, backed up by an umbrella of high tech, Russian-made air defense systems and surface to surface missiles.

Where would the US Army stand in a slug fest against the Russian Army or the Iranians? To have an accurate answer, several tenets have to be examined: current tactical competence, capabilities, capacity, readiness and doctrine.

Retired US Army armor officer, Colonel Gian Gentile, recently wrote an eye opening article in Armor Magazine, titled “Death of the Armor Corps,” which discusses the current tactical competence of officers and troopers from Armor branch. The article is shocking to say the least and quite frightening.

According to Gentile, “I have also heard reports from the field that the operational army has Armor (19K) Non Commissioned Officers as high as the rank of Staff Sergeant who have never qualified on a M1 Tank.  When was the last time that a heavy Brigade Combat Team has done a combined arms, live fire exercise integrating all arms at Brigade level?  Do the Armor, Artillery, and Infantry Branches even have the collective knowledge to know how to do one anymore?  My own experience as a cavalry squadron commander returning from a combat deployment in Baghdad a few years ago mirrors these kinds of stories where I had lieutenants who had never qualified on a Bradley and a squadron that didn’t know collectively anymore how to run a Bradley gunnery range.”

Compare this lack of knowledge to the US Army of the late 1980’s, where, if needed, two privates from a cavalry squadron staff section could successfully run a gunnery range until it was handed off to NCO’s and officers.

Gentile was asked if a current US Army Armored Brigade Combat Team or BCT could conduct a movement to contact against an enemy armored force. “Could we do it?  It would be hard to do such an operation without the intellectual framework of an Armored Force that the American Army used to have, but of late has gone away.  It will be hard, very hard to get it back.  Competent field armies, skilled in all-arms warfare, are not made overnight.”

According to the Heritage Group’s 2016 Assessment of US Military Strength:

“BCTs are the basic “building blocks” for employment of Army combat forces. They are normally employed within a larger framework of U.S. land operations but are sufficiently equipped and organized so that they can conduct independent operations as circumstances demand.11 A BCT averages 4,500 soldiers in strength depending on its variant: Stryker, Armored, or Infantry. A Stryker BCT is a mechanized infantry force organized around the Stryker ground combat vehicle (GCV). Armored BCTs are the Army’s principal armored unit and employ the Abrams main battle tank and the M2 Bradley fighting vehicle. An Infantry BCT is a highly maneuverable motorized unit.”

“While end strength is a valuable metric in understanding Army capacity, counting BCTs is a more telling measure of actual hard-power capacity. In concert with the end strength reduction to 490,000 soldiers, the Active Army underwent brigade restructuring that decreased the number of BCTs from 38 to 32 by the end of FY 2015.15 As a part of this reorganization, the Army is also adding a third maneuver battalion to its infantry and armored BCTs by the end of FY 2015.16″

“The reduction in end strength in the past year has had a disproportionate effect on BCTs. To illustrate, the Active Army has been downsized from 45 BCTs (552,100 soldiers) in FY 2013 to 32 BCTs (490,000 soldiers) in FY 2015. Thus, a 12 percent reduction in troop numbers resulted in a 29 percent reduction in BCTs. The Army Chief of Staff told the Senate Armed Services Committee in March 2015 that the Army can meet the missions outlined in the 2012 DSG with this current force size, but he also warned that the continuation of sequestration would prevent the Army from executing the DSG.20″

“Overall, the Army’s equipment inventory is relatively healthy. While some equipment has been worn down by usage in Afghanistan and Iraq, the Army has undertaken a “reset” initiative that is discussed below in the readiness section. The bulk of Army vehicles are young because of recent remanufacture programs for the Abrams and Bradley that have extended the service life of both vehicles. For example, the M1A1 Abrams main battle tank has recently been completely upgraded and is now only 5.5 years old.21 The Army also maintains an inventory of battlefield-tested and reliable rotorcraft, including its UH-60 Black Hawks, AH-64 Apaches, and CH-47 Chinooks.”

While the Army’s Armor Branch is suffering from basic skill set problems among its soldiers and the larger problems addressed by the Heritage Group’s study, an academic battle is raging in the Pentagon concerning the continued use of the BCT vs. the so-called RSG (Reconnaissance Strike Group).

Leading the charge for the implementation of the RSG, is retired US Army Colonel Douglas Macgregor, who participated in the Battle of 73 Easting, while serving as the operations officer for Cougar Squadron, in the 2nd Armored Cavalry Regiment.

Macgregor circulated a PowerPoint presentation showing that in a head-to-head confrontation pitting the equivalent of a U.S. armored division against a likely Russian adversary, the U.S. division would be annihilated. The 21-slide presentation features four battle scenarios, all of them against a Russian adversary in the Baltics – what one currently serving war planner on the Joint Chiefs staff calls “the most likely warfighting scenario we will face outside of the Middle East.”

In two of the scenarios, where the U.S. deploys its current basic formation, called brigade combat teams (BCTs), the U.S. is defeated. In two other scenarios, where Macgregor deploys what he calls Reconnaissance Strike Groups, the U.S. wins. And that’s the crux of Macgregor’s argument: Today the U.S. Army is comprised of BCTs rather than Reconnaissance Strike Groups, or RSGs, which is Macgregor’s innovation. Macgregor’s RSG shears away what he describes as “the top-heavy Army command structure” that would come with any deployment in favor of units that generate more combat power. “Every time we deploy a division we deploy a division headquarters of 1,000 soldiers and officers,” Macgregor explains. “What a waste; those guys will be dead within 72 hours.” Macgregor’s RSG, what he calls “an alternative force design,” does away with this Army command echelon, reporting to a joint force commander–who might or might not be an Army officer. An RSG, Macgregor says, does not need the long supply tail that is required of Brigade Combat Teams – it can be sustained with what it carries from ten days to two weeks without having to be resupplied.

Macgregor’s views line him up against Lt. General H.R. McMaster, an officer widely thought of as one of the Army’s best thinkers. McMaster fought under Macgregor at “73 Easting,” where he commanded Eagle Troop in Macgregor’s Cougar Squadron. McMaster, however, had more success in the Army than Macgregor, is a celebrated author (of Dereliction of Duty, a classic in military history), and is credited with seeding the Anbar Awakening during the Iraq War. Even so, McMaster was twice passed over for higher command until David Petraeus, who headed his promotion board, insisted his success be recognized. McMaster is now a lieutenant general and commands the high-profile Army Capabilities Integration Center (called “ARCINC”), whose mandate is to “design the Army of the future.”

For McMaster, the question isn’t simply whether the U.S. (and the Army) can fight and win (he believes it can); it’s whether having won it’s possible to manage the victory; in Colin Powell’s phrase, to “own the china” once it’s been broken. Macgregor says his RSGs are self- contained and can fight and win without resupply for seven days to two weeks. McMaster scoffs at this, saying it might take a lot longer and the Army is not simply asked to deploy, fight and win, but to then manage the post-conflict environment and “prepare for every contingency.” And that, in turn, takes a lot more troops. Macgregor’s response? If you focus on fighting and winning instead of nation building you won’t need 630,000 troops.

This is precisely the problem that has dogged the U.S. military in Afghanistan and Iraq, where insufficient forces were required to endure multiple deployments. More simply, the U.S. military proved it could defeat Saddam’s vastly superior numbers with just 148,000 U.S. troops – but running the country after Saddam’s defeat strained American resources, led to multiple unit deployments and resulted in the adoption of a last-gasp surge.

An Army that cannot be sustained dampens recruiting, erodes readiness, undermines officer retention and increases desertions. Put another way, McMaster implies, an Army of 420,000 (a number that slashing the Army budget will yield), can fight and win a war–but, as in Afghanistan and Iraq, it’s not enough to maintain the peace.

“People think of the Army as simply a combat force, but if Afghanistan and Iraq have shown anything it’s that after you have conquered the space you still have to manage it,” McMaster argues. “I want to make it clear here: we will operate within the budget. The Army has always made do with what the Congress believes is appropriate–and we’ll do that now. But the American people must understand that we are being asked to shape political outcomes, and that requires resources. It’s not just a matter of building combat capable units, you have to supplement those units and train those units to provide governance.

Macgregor responds by pointing out that ultimate victory is not a matter of size. “The problem with the U.S. Army is much bigger than numbers,” he says. “It’s not organized, equipped, or trained for a high end, conventional, integrated joint battle with a numerically and at least in some ways qualitatively superior enemy on the enemy’s chosen turf. In the simulation, it’s Russia. But it could just as easily be China. Even if you increased the Army to 600,000 in its current form … it would still fail. That’s the problem and, by the way, the Army knows it.”

McMaster disagrees. “We’ve built an Army that knows how to fight and win,” he says, “and it’s proven that. Can we get better? Sure, we can get better. And we’re working to get better every day. But our military has been successful in protecting this country, in deterring aggression. But for deterrence to be effective you need a brute force option. That’s what the Army is – our brute force option. It’s a pretty good one.”

Still, at the end of the day, whether the US Army decides to go back to the old division organizational structure, keep the current BCT’s or implement the RSG’s, the problems remain the same. Much of the focus in the Army needs to return to its bread and butter, fire and maneuver with tanks and Bradleys, backed up by heavy artillery and tactical air support. The Army needs to train its armored force for the kind of combat it will face in the next decade, not relive the battles of Iraq and Afghanistan. Finally, the Army needs more soldiers and organic units. It all takes money. Without enough funding, the problems facing the Army will not only continue, but worsen.

In its current state, if the US Army is called upon to fight the Russians or the Iranians or Chinese, the results could be disastrous.