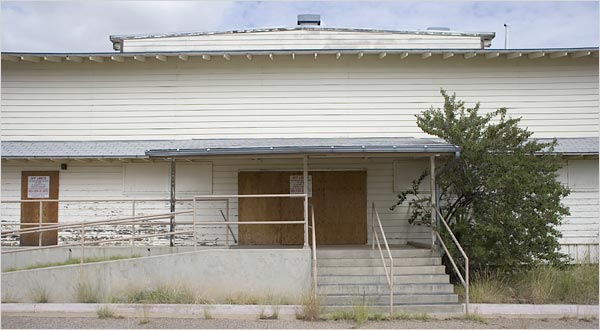 It is 3PM on a grey, fog-drenched Friday afternoon in West Germany. At the officers’ club, once the haven for Wehrmacht officers in World War II, US Army officers from the 7th Cavalry gather in the ballroom for a presentation by a fellow officer. Under the auspices of OPD or Officer Professional Development, the presentation on military history or current doctrine is really an excuse for the unit’s officers to drink socially from 4PM to the last man stumbles into a taxi at midnight.

What follows is a verbatim conversation from a US Army that is as extinct as the Army of Northern Virginia:

The setting is the Grafenwoehr Training Area in West Germany during the “Last days of the Cold War.” A command and staff meeting is underway in one of the many urine-colored buildings that bear a stark resemblance to the set of the “Great Escape.”

The meeting concludes with a “Garryowen” and a dozen or more officers climbing into vehicles for the short ride to the officers’ club. At that same o club, months later, the author found himself diving out of a latrine window after the MP’s were called after an altercation ensued between several airborne personnel from Italy and the US Cavalry. Strangely, in a rare act of comradeship, the 11th ACR had come to the rescue of the 7th Cavalry.

But, officers’ clubs were just not havens of drunken shenanigans. They were the social rendezvous point for officers, their wives and girlfriends and some civilian employees of the military. They were instrumental in creating esprit de corps and camaraderie.

While no one liked to talk shop at the bar, sometimes problems were hammered out in a corner, while others weren’t listening or paying attention.

All across the world at US military installations, the officers’ club has become a relic of the past, as useful to the current US military as a musket. While this article focuses on the officers’ clubs, the NCO (Non-Commissioned) officer clubs and EM(Enlisted Men’s) clubs have also suffered the same fate. While a few still survive at scattered posts, most have been replaced by the all ranks clubs.

The all ranks clubs are another product of political correctness devouring the military. The idea of all ranks drinking and socializing together is anathema to US military regulations concerning fraternization and common sense.

The demise of the officers’ club began after 9-11, when physical security and force protection issues caused many bases to prohibit anyone without a military ID. Also, many military personnel live off base now and even in the most remote places have access to more restaurants and nightlife and digital entertainment. The officers’ clubs began to lose money and then political correctness began to rear its ugly head. Officers clubs stood for elitism and promoted sexist ideas and a boozing culture. Calls for the doors to shut echoed throughout the US military. It was high time to put a reign on the Happy Hour culture and its promotion of officer privilege and sexism.

But, the US military is not GE or Apple or Warner Brothers. Its mission is simple; to defend the country and to win the nation’s wars. Its culture fosters a camaraderie that is simply non-existent in the civilian world. Friendships are formed that last a lifetime. Much of this esprit de corps is welded together inside the walls of the military’s clubs.

Can the old system be revised? The first thing that needs to happen is for the all ranks clubs to be put into the Pentagon dumpster where they belong. The US military spends trillions each year. The money can be found to revive the tradition of the officers’, NCO and EM clubs.

The military runs on tradition. Tradition is its lifeblood. With every tradition destroyed by political correctness and fiscal concerns, a little bit of the military’s soul is extinguished.