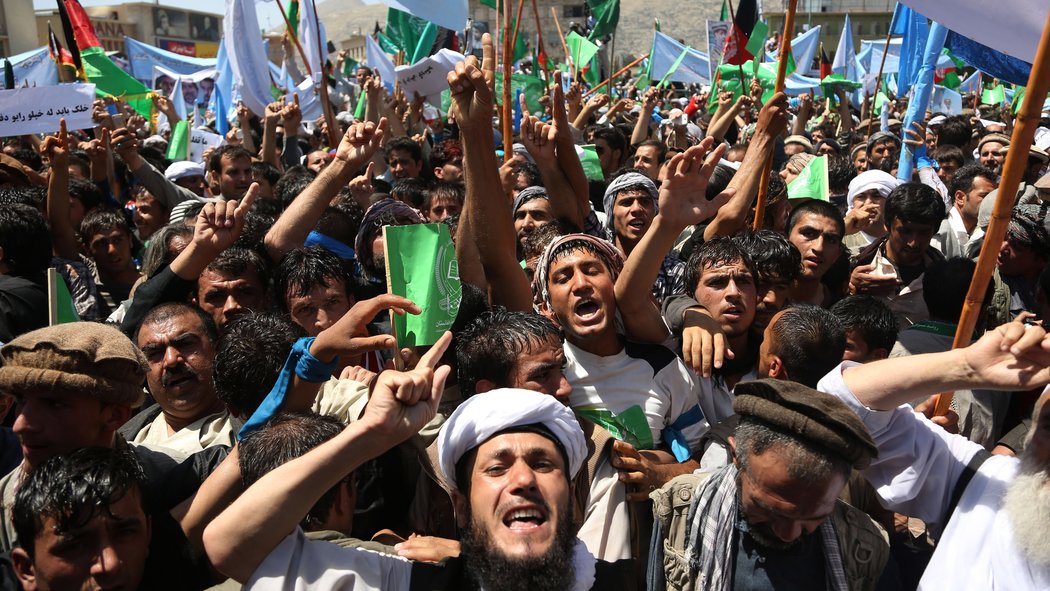 For over half a century the United States and indeed much of the world has enjoyed a relative peace enforced by US military, economic and diplomatic power. This peace has often been referred to as a Pax Americana, in reference to the Pax Romana brought to the world by the Roman Empire.

Under the Obama Administration, the collapse of American foreign policy should be called a Pax Imperitus, the latter word being the Latin definition for incompetence or ineptness.

When he was first running for President in 2008, Obama strolled on to the world stage in Berlin, like Christ coming to clean the temple. He showcased himself as a man who would bring peace to the Middle East, repair the damage done by the Iraq War and restore America as a beacon of hope for the world.

Against the advice of the Pentagon, Obama pulled US forces out of Iraq in 2011. This immediately created a power vacuum in the country and out of that chaos, ISIS was born.

Operation Inherent Resolve, the US air campaign against ISIS, is a joke; plain and simple. We are flying roughly ten sorties a day against ISIS positions in Iraq and Syria and doing minimal if zero damage to ISIS’ operational capabilities. If the US and NATO wanted, they could destroy ISIS in matter of weeks, not months or years. But, under the Obama Administration there is no desire to wage war. There is no desire to stop this monstrous evil. Under Pax Imperitus evil grows across the Middle East like an unstoppable cancer.

The worthless US air campaign has led to even more upheaval in Syria. In a country where nearly 250,000 people have died, the rise and success of ISIS has created a refugee crisis in Europe not seen since the end of World War II in 1945. Refugees from Syria and Iraq are crowding into anything that will float and sailing to Southern Europe where they hope to make their way to countries like Germany and Sweden where the cradle to grave benefits flow like a chocolate river in Willy Wonka’s Factory.

Hundreds of thousands of people are on the run from Syria and Iraq and there is only one person to blame, one person who could have stopped it all. That man is President Obama. His reluctance to lead; his inability to create a fighting Arab coalition; his hesitancy to use force to stop ISIS has created this nightmare scenario for Europe and for the world.

Because of Pax Imperitus, Europe is now faced with a gigantic fifth column threat from hordes of young men from the Middle East, holding one hand out for a government check and in the other hand carrying a gun for ISIS.

And, out of this sound and fury, the Obama Administration stated that the US would take 100,000 migrants. Considering the fact that only 25% of the migrants are women and children and that 75% are young men looking for a fight, but not a fight with ISIS, Pax Imperitus has created a security threat that is unimaginable for the nation. There is simply no way to vet these people. Under Pax Imperitus, goodwill translates into goodnight for the West.

Throughout all this chaos, all this death, all the beheadings and butchery and unfathomable violence, President Obama still cannot acknowledge that Islamic extremism is a source of evil on the planet. He appears to live under the romantic delusion that Islam is a religion of peace, sweet Baklava, starry desert nights, wise old men in sandals and Lawrence of Arabia. He has never acknowledged, even on one occasion that Islam is the major contributor of violence on the planet now. Under Pax Imperitus, the US is the aggressor, the bad man on the block to be blamed for the world’s woes.

In Libya, the US supported the downfall and death of Colonel Muammar Gaddafi, the once feared bad man of Benghazi, the Tony Montana of the Middle East in the 80’s, who seemed to be Born Again. Gaddafi had agreed to dismantle and destroy his WMD’s and work with the United States. How was this new attitude received by Obama and Secretary of State Hillary Clinton? Instead of support from the US, Gaddafi got a rebellion which left him dead in a sewer grate and his nation in the hands of Islamic radicals. In Libya, Chaos is the new capital.

Under Pax Imperitus, the US made a hasty and cowardly retreat out of Yemen, abandoning millions of dollars’ worth of military equipment and even the US Embassy to Iranian backed guerillas. In an act that is almost unprecedented in US history, US Marines were ordered to turn their weapons over to Houthi gunmen before the pullout.

Our 67 year old relationship with Israel has been shattered into a million pieces. Our greatest ally, our best friend in the world after Great Britain, a country we have vowed to go shoulder to shoulder with in any crisis has now been all but abandoned by the Obama Administration and Pax Imperitus. The Iran Nuclear Deal is simply the single greatest foreign policy disaster in US history. As the Munich Agreement in 1938 green-lighted Hitler’s territorial ambitions, the Iran Deal gives the Iranians a free hand to acquire more ballistic missiles and develop a nuclear weapon, while being handed billions by the United States. It is a recipe for disaster and eventual war.

Since 2008, our relationship with the Russians and Vladimir Putin has gone down the virtual toilet. Obama has been manipulated time and time again by the Russian leader who surely views the current administration as weak and American foreign policy as in shambles. The Russians have moved into Syria and are there to stay. They have set up a joint operations center in Iraq with the Iranians and the Syrians. While Kerry discusses deconfliction and the Tour de France with the Russians, Putin orders more airstrikes.

Meanwhile, in the Pacific, China continues its island building campaign in the Spratly Islands while the US Navy is at its lowest operational level since 1916.

The Taliban is on the move in Afghanistan and just today captured the city of Kunduz. With a planned US withdrawal in 2016, the chances for an Iraq style disaster there are high.

Pax Imperitus is a result of Obama’s distorted vision of the world. In his eyes, the US is not a force for good. Everyone should be equal and those on the bottom should call for revolution against the status quo. He is at heart, a revolutionary, who doesn’t understand that in many parts of the world the so-called status quo, the strong men, are the only ones who can keep the trains running and the violence subdued. He also views the world with a strangely un-American perspective. There is no American chauvinism with him. There is no American Exceptionalism in his eyes. We are simply just another country that has to share the world with the good and bad elements. The bad elements must simply be tolerated, not destroyed. This leads to the US being viewed as weak, indecisive and incapable of projecting power across the world.

On Obama’s watch, the world is crumbling. Compare 2015 to the last days of the Reagan Administration when Colin Powell reported to President Reagan that “The world was quiet.”